Transparency in food labeling goes back over a century when the Pure Food and Drug Act was passed in 1906. Pre-packaged food was a relatively new thing at the time, and it wasn’t unusual to find sand substituted for sugar or ground pepper shells mixed in with pepper. We won’t even get into the new revelations at the time regarding the meatpacking industry and the experience of American soldiers with “embalmed beef” during the Spanish American War.

Through the years, regulations and labeling guidelines evolved, and more and more attention was given to the proper ratio of vitamins and nutrients in packaged foods. In 1973, the first regulations emerged requiring the nutrition labeling of foods with added nutrients or for which a nutrition claim was made on the label or in advertising. The “Nutrition Facts” panel which we’re all familiar with today finally came about in 1990.

But what about that take-out pizza?

We’ve all grown up with transparency in packaged foods. We’re secure in the fact that, if we want to know how many calories or carbs or grams of fat are in that hot dog, all we have to do is look at the label. But until fairly recently, the same transparency in the food served to us at restaurants has been less of a concern.

In fact, it wasn’t till 2010 that national menu labeling became a part of the Affordable Care Act, and it was only two years ago, in May of 2018, that calorie counts became mandatory on menus and menu boards, and for food on display in chain restaurants, supermarkets, convenience stores, and movie theaters after a 15-year battle by watchdog groups like the Center for Science in the Public Interest.

But years of evolution in the labeling of packaged foods have made us all savvier in evaluating our diets. And while calorie counts may be the only information required to be displayed on menus (along with printed information about sodium, saturated fat, sugar, and other nutrients, which must be made available upon request), they’re not the only things consumers want to know about their food these days.

The more you know…

There are a wide variety of details that have become increasingly important to consumers in recent years as they decide what to put into their bodies. Let’s talk about some of them.

When perusing the menu board at your favorite restaurant, it’s easy to assume that calorie counts are interchangeable between two similar dishes. If it’s clearly posted, however, that one dish has 2300 calories while the other clocks in at 1120, customers who want to reduce their calorie intake will be better able to make a decision.

A review of multiple studies, in fact, has shown that menu labeling actually helps consumers reduce their per-meal calorie intake by as much as 50 calories. Nutritional values, too, can help customers make healthier choices.

Millions of Americans suffer from food allergies. When just a minuscule amount of a common allergen such as peanuts can quite literally kill, it’s crucial that restaurants be completely transparent as to the components and preparation processes of the dishes they serve.

Are your ingredients organic? Are your meat and produce locally sourced? Is your chicken free-range? Whether their reasons are ethical, or whether they arise from a desire to support the local economy or to consume only the healthiest ingredients, consumers today are increasingly interested in details like these.

The answers to these questions can not only set you apart from other local establishments, but they can also help build a loyal customer base of patrons who care deeply about the source of the food that they eat.

How to do it

The obvious answer is to include this information in your menus or on your menu boards, but often it’s not feasible to print all the nutritional values for every menu item. Plus, how do you know what other information is important to your customers? And what if what’s important to one customer is just distracting noise for another?

OneDine’s web app lets customers check-in and order right from their table without having to wait for a server. It also gives you an easy way to survey those customers to find out what’s important to them.

Using the app, patrons can create a personalized profile of their likes, dislikes, allergies and more, and you can use that information to provide them with exactly the kind of menu transparency that they need, while also presenting them with tailor-made special offers based on their personal preferences.

You can go old-school or you can embrace the tech, but either way, menu transparency is here to stay. The more you know about what your customers want, the more easily you can give it to them. And that just makes sense for your bottom line. 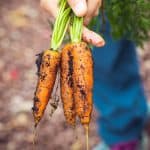 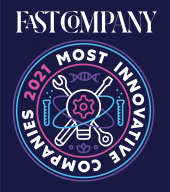